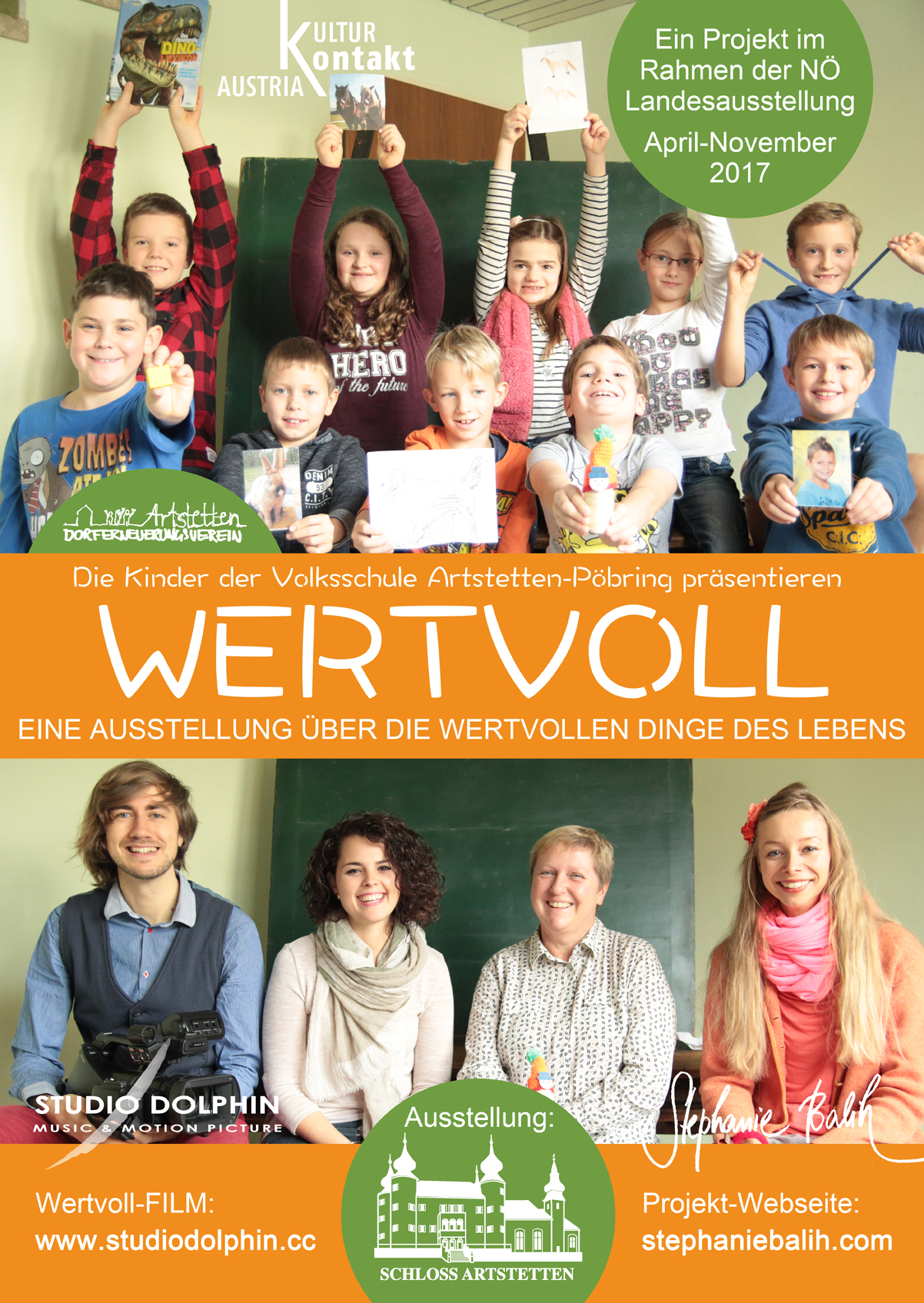 “Valuable”, – an exhibition
about the precious things in life

In cooperation with the children of the Artstetten-Pöbring elementary school, Artstetten Castle, the Artstetten Village Renewal Association,
filmmaker Alex Dolphin and
by the artist and initiator Stephanie Balih

What is valuable to us? What is of real personal value to us?

Is it material objects like a mobile phone or the PC or is it relationships, people or animals? Or objects that remind us of very special experiences, such as a specially shaped stone
the vacation?

Under the direction of Director Steinwendtner and Prof Leonhartsberger, 22 children from the Artstetten-Pöbring elementary school dealt with their valuable objects and wrote texts about them. In front of the camera of the well-known film company STUDIO DOLPHIN, the children were allowed to tell what makes their object so valuable. Following this, the children, guided by the artist and initiator of the project Stephanie Balih, painted their most valuable things on canvas.
All of these valuable objects (texts, paintings and film) can be admired and appreciated in the course of the Lower Austrian State Exhibition 2017 at Artstetten Castle in the special exhibition from April to November. Financed by the culture connected program